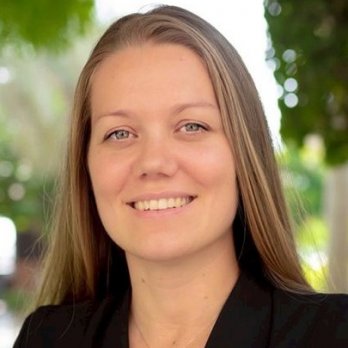 When she was in her second year at Vatel Bangkok, Irène Fenart was won over by the philosophy of the Six Senses Resorts & Spa Group, with a presentation at school. So she promised herself that she would do everything possible to be hired there as soon as she finished Vatel Paris.

And she kept that promise! Right after graduating, in June, 2013, she was hired by Six Senses Zighy Bay in the Sultanate of Oman as the Sales Coordinator. Eight months later, she was already promoted to Sales Executive.

Irene, what made you want to attend Vatel?

Attending Vatel was really a fluke for me. I was getting ready to take some general business school entrance exams when one of my friends told me about Vatel. I was attracted right away by the “group” dimension that the school had. Also, being able to go abroad as part of the curriculum was another asset. For me Vatel was an opportunity to mix higher education with the discovery of different cultures. I still remember that when I was talking to the Head of Studies and that when she asked me what I could bring to Vatel, I answered that one day I’d open a Vatel Campus in Australia.

What is your strongest memory of these 5 years?

Without a doubt, the educational team in Vatel Paris and Vatel Bangkok. All of these people were and remain the cornerstones of my professional development. I owe them a lot. Their support and the trust they placed in me all along my studies, in the Vatel Concept Award and the Park Hyatt Student Prize were priceless for me.

What did you learn during your Vatel years and by participating in inter-School and external competitions?

For me, my Vatel years were the beginning of a great story. It was a learning experience in a very special type of industry, one where you are always working overtime as a part of your job. Our number one priority is customer satisfaction. The mixture between theoretical courses, practical work and then internships was salutary for me because I wanted to learn, discover new things, and above all, continue traveling. During my time at school I changed cities or countries every six months. And once again, I have to thank each and every one who helped me advance, either by taking me under their wings for an academic year, or during an internship. And I was lucky enough to represent our School, twice. It was a very enlightening experience for me to compete against Vatel’s best students, as well as students from some of the best hotel management schools all over the world.

How did you get the job you are currently doing?

In my second year in the Marco Polo exchange program in Vatel Bangkok, a representative presented us his group: Six Senses Resorts & Spa. This was a revelation for me and the humanitarian dimension this group had, with five-star service in very isolated places, while respecting the environment and helping local communities, convinced me. It was a very innovative concept. And from that very moment, I promised myself that one day, I’d work with them. When I finished Vatel, I logged onto their recruitment site and there was a job vacancy in the Sales & Marketing department of the Six Senses Zighy Bay, in Oman. And as I’d already lived in the Indian Ocean, Europe, Australia and Asia, I said to myself that it was about time that I got to know the Middle East. So I applied for this job, and was hired as the Sales Coordinator, at Six Senses Zighy Bay. It took me quite a few weeks to get my working visa for Oman.

Tell us about the Six Senses Hotel. Why is it so different?

Its 82 villas are located between the sea and the mountains. They have Oman architecture and are very large, each one with a private pool. With an average stay of between six and ten days during the peak season - from September to May - we have to propose a large variety of experiences, either from a culinary point of view (3 restaurants and 3 bars) as well as many activities: our spa, maritime, mountain and air activities. Six Senses Zighy Bay is the only resort in the world where you can come in by paragliding.

And after only eight months you were promoted.  Tell us about this.

Just a few months after I started, my direct manager resigned. I was then alone on the site, as the Sales & Marketing Manager was in Dubai. And at the same time I clinched a big deal for a large French cosmetics group who wanted to launch their new perfume in the Six Senses Zighy Bay Hotel. Sixty journalists, split into two groups for a ten-day stay, was a very interesting experience.

I do have to admit that sometimes I had to improvise and deal with many awkward situations. This event opened the doors for me to manage the MICE segment - Meetings, Incentives, Conferencing and Exhibitions - in the resort.

Because I was representing my company more at events, I was able to participate in the Arabian Travel Market in Dubai, at the beginning of May. That reminded me of student career days and fairs where I presented Vatel.

The Sultanate of Oman, the Middle East: are these lands of opportunities for Hotel and Tourism professionals?

Zighy Bay is located between two worlds.  Muscat, the capital of the Sultanate of Oman is a six hour drive, whereas Dubai is only a two hour drive. The Sultanate of Oman targets a touristic sphere where people are looking for roots of these countries: their customs, inhabitants, geography, etc. whereas the United Arab Emirates target a more ostentatious type of tourism and one that is constantly changing. Dubai will be hosting the 2020 World Fair, and by then about fifty five-star hotels will have been built. Huge efforts have been made to transform the Middle East, which for a long time was only known for its oil fields or a stopover between Europe and Asia, into a unique destination for tourists. And in my opinion, this is just the tip of the iceberg, as the Middle East has a huge potential.

A huge potential for Vateliens too?

I really do think that having gone to French schools is a competitive advantage in the international hospitality industry.The world attributes a lot of qualities to France and French people: our culinary heritage, our know-how and our expertise in the hospitality sector. It’s hard to explain. Because of its history, French culture has always included the art of hospitality. It’s a mixture of a type of life style and education. I don’t want to stereotype anyone, but I think that as a French person, some things are more evident for us. For example: gallantry, discretion, sophistication, devotion, details, etiquette and protocol, things like that.  These relatively innate values for French people are strengthened into a sound foundation during the weeks of our practical application work at Vatel.

Each and every culture is unique and brings something specific to our field. And that’s what makes it so strong. At Six Senses Zighy Bay Hotel, we have 370 employees from about thirty different countries and we all work together every day to create special and unforgettable moments for our guests.

What do you think the future holds for you?

I was lucky to meet my fiancé in Zighy Bay. He’s from the Netherlands, and we’ve decided to continue our international careers together, and that’s something really important for me, because I’d like our future children to have a childhood like I did, roaming all over the world.

I like working in the MICE segment, because you have to work a lot with all the different departments in the resort and the organizational/relationship part is really important. I’m hoping to expand this activity, which is a difficult one, because of the geographical locations of all the Six Senses Resorts. Most of the Group’s resorts are very isolated, from a geographical point of view.

Since the American Group, Pegasus Capital acquired us in 2012, there have been many changes in the Six Senses Resorts & Spa Group. In the next five years, many resorts will be opening throughout the world and particularly in Europe, Latin America and in the Indian Ocean. I’m hoping to have the opportunity of participating in an opening for this Group that I love so much.

Our ambition is to continue living for the next few years in isolated parts of the world before going back to civilization. I hope my experience of working with people will open the doors for a job in the Sales & Marketing department in the headquarters of a group in about ten years. And that’s just the beginning.  I hope that the future holds lots of surprises and opportunities for me.

Thank you so much for interviewing me.  It was really a great opportunity for me to share what I’ve done so far.