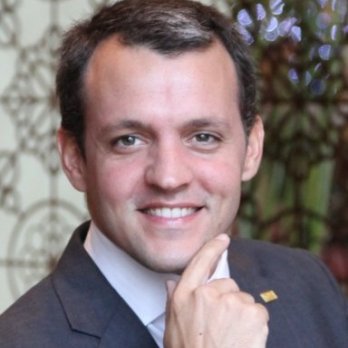 Before he was 30, he had already managed a hotel in Cambodia, saved two five-star hotels in Thailand and Bali with financial difficulties and he is now preparing to open a 300 room hotel in Shanghai.

A Vatel Paris 2000 alumnus, Jeremie de Fombelle was asked to sponsor the Class of 2006 of his own school, because of his fascinating and irreproachable career path!

Jeremie, you graduated from Vatel in 2000, and in 2002 you were already the La Noria three-star Hotel General Manager in Cambodia. How did you get this job?

Before Cambodia, I already had previous experience with the Victoria Hotels and Resort Group - 4 star leisure activities. I was in charge of their small Sales and Marketing office for Europe, located in Paris. All their hotels are located in South-East Asia. I had worked for this hotel chain in my final internship in Vietnam. Because they were happy with my work, they offered me this job in France. But I really wanted to remain abroad, in Asia, and work in an operational job and I left to manage the restaurant of this romantic little hotel in Cambodia.

It was a crazy bet for me and for the owner too! I didn’t have a lot of experience but I had lots of common sense and above all, lots of motivation. It wasn’t very well paid either, but I learned a lot. This was quickly quite successful and the hotel owner rapidly promoted me to manage the entire hotel.

After that you joined the Orient Express Group, where you managed the Residence Phou Vao 5*  Hotel in Laos for four years. Then, another three years in the Napasai Orient Express 5* in Thailand, and finally a year in the Jimbaran Puri 5* in Bali. Tell us more about your “Orient Express” years. How did you jump from one company to another? What differences did you noted about team leading in Bali, Thailand, Laos and in Cambodia?

I’m firmly convinced that a career is made up of decisive meetings and a bit of luck. The way I joined Orient Express is a perfect example of this. I met with the managers of this mythical hotel group that owns the Ritz in Madrid, the Copacabana Palace in Rio, the Cipriani in Venice, the famous Orient-Express train  and 45 other unique properties throughout the world, quite coincidentally.

They needed a young Manager for their hotel in Laos. I got the job and 10 years later, I still don’t believe it! I was under the age of 30 and managing an Orient Express hotel. This was the true beginning of my career. I loved working all these years for Orient Express. I owe them a lot. Really, I do. I also gave them a lot. When you love your job, you get good results! That was the case in Laos.

After Laos, the group gave me a bigger hotel to manage on the Koh Samui Island in Thailand. This Resort was in dire financial straits. Everything had to be redone and it needed serious upgrading. That’s what we did with the team and frankly, it was an exciting job! The scenario in Bali was the same as for Thailand: an Orient Express Group Hotel in a superb location, though it had poor results. Once again, they called me to be the fireman!

These three countries, though every different, did have one common denominator: an unheard of sense of hospitality. Managing a hotel in one of these countries is a great opportunity. I think that in our Western countries, this unequaled sense of service is no longer the case. There are also some Asian constraints that you don’t have in Europe, but the main thing to remember is the strong sense of hospitality that you have in this region of the globe.

What do you think of the luxury hotel sector in Asia after all these experiences?

Consumers have a huge advantage with luxury hotels in Asia: when compared with Europe or the United States, the prices are really cheap. If I stay at the Mandarin Oriental in Bangkok or at the Metropole in Hanoi - my two very favorite hotels in Asia - I won’t be “broke” for the rest of the month. I don’t think that would be the case if I stayed in the Ritz the next time I visited Paris. And I can promise you that service in the Bangkok Oriental is just as good as at the Ritz!

You have been preparing the reopening of the five-star Wanda Realm Hotel Changzhou for August, 2014.  This is a 300 room hotel near Shanghai. Could you tell us about the Wanda Hotels and Resorts Hotel chain?

Wanda is a very large Chinese group specialized in real estate, shopping centers and movies. It had a 24 billion dollar turnover last year. If you want to compare, last year LVMH in France had a 27 billion euro turnover. Wanda’s owner, the wealthiest man in China, according to the Forbes Ranking, wants to make Wanda Hotels and Resorts one of the global leaders in luxury hotels. This group is growing by leaps and bounds, with 30% of uninterrupted annual growth for the past seven years. Half of their hotels are managed by Sofitel, InterCon, Starwood, etc. But most of the 20 hotels they’ll be opening this year will be under their own brand name: Wanda Hotels and Resorts.

They have huge resources, and a growth rate to match. I wanted a new challenge after having spent so many years with Orient Express. I wanted to dabble in “business hotel management” and roll out an opening; I didn’t have that yet on my resume, and I wanted to do this in a booming country! The Changzhou Wanda, next to Shanghai, was like a dream come true. My wife and three children were ready to follow me, so off we went to China.

What are you doing to prepare this opening?

Working a lot! When you open a hotel it always means a lot of work, but in China, it’s even more than I would have believed! The hotel will open on August 8th. A group hotel has never missed its opening date. So we sure aren’t going to be the first!

My colleagues monitor construction work to make sure that specifications are complied with and the deadlines are respected. I’ve already got a team of about fifty people in the offices with me, but most of the personnel will arrive next month to attend our training sessions that we’re setting up. The hotel will be delivered in stages until July, and we’ll be having a soft opening then. But before that we have to order all the equipment, make sure that we’re within budget, set up all the teams and our Sales and Marketing strategy, get all the permits, recruit and keep on recruiting! It’s an enormous job, but such an exciting one at the same time. You have to have good team members. It’s a human adventure.

What advice could you give to Vatel students who would also like to manage a hotel?

Be patient. Work hard. Make sure to communicate your results. Speak fluent English as quickly as possible. Make sure you have good support teams and know how to delegate, but not too much! Accept that you’ll fail, because that will make you grow and bounce back.

How did what you learned at Vatel help you to succeed in your career? What memories do you have of Vatel?

I’ve got great memories of the time I spent at Vatel. Vatel is a guarantee of seriousness and credibility in the small world of hotel management. It’s also a great network all over the world. If I had to do it again, I wouldn’t change schools.  I still remember the interview I had with Mr. Magne, who, at that time, was the Vatel Paris School Director.  He trusted me and I owe him a lot. I’m also very proud to be the sponsor for the Vatel Paris class of 2006.

What is your one year project? Five years? And ten years?

I find it difficult to look ahead so far. First I have to open this hotel in China and make sure it’s a success. And that’s going to be a lot of work! I also hope to work one day again in South-East Asia: Thailand or Vietnam for example.  Both my family and I love these two countries. Why not a job in General Management or even a job in Corporate in the medium term in one of these countries.

In the longer term, maybe I’ll come back to France and open the hotel I’ve always dreamed of.  But there’s no rush. I’m 38 now, in no hurry, and my projects could change by then! Depending on whom I meet and that little bit of luck that I talked about, and hope to continue to have.

More and more human communities consider ecotourism to be a solution that promotes their way of life, and preserves their culture and biodiversity surrounding them.

Go to school in Madagascar and discover a whole new world

When international rhymes with societal responsibility

The tourism sector, one that now attracts millions of young students throughout the world, is in tune with globalizationthat is currently being overturned by inequalities and environmental threats.

Vatel Rwanda started in 2016, we began to prepare the first intake for 2018, headed by Nicole Bamukunde, a Rwandese graduate of Vatel, and who has worked in startups in her country, which is totally renewing itself.