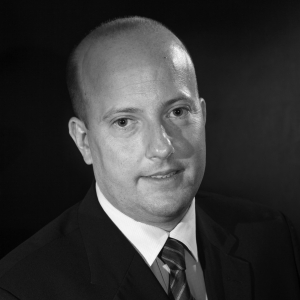 What about going to see what a Pullman Hotel looks like? Founded in 2007 by Accor group, there are now over 80 in the entire world, including ten in France. These hotels offer high end accommodations to cosmopolitan travelers in all main regional cities. They are specialized in business tourism and offer a wide range of customized services as well as innovative technologies.

Thierry Maurer, who is a Vatel in Lyon graduate, class of 1998, will present us the Pullman Montpellier Antigone four-star Hotel where he works as the General Manager.

Hi Thierry.  What is so special about this hotel?

Located in the historical city center as well as the business center, Pullman Montpellier Antigone can boast of having a unique location in Montpellier. Whether you are on a business trip or a week-end break, you’ll appreciate the discrete luxury as well as the quality of service our hotel offers. It’s the smallest Pullman flagship* in the world.

Our owner has four hotels in all: the Villa Maillot in Paris, the Mas de Pierre in St. Paul de Vence and the Grand Hotel Loreamar Thalasso and Spa in St. Jean de Luz.

*finest, largest, or most important one of a series, network, or chain

What opportunities have you had since you graduated?

Here I’ll take you with me on my personal Tour de France!  First of all I was hired after my final internship as the Deputy Manager in charge of accommodations and F&B in the Reine Astrid Hotel, a four-star hotel in Lyon, which is currently called the Warwick Reine Astrid.  After that, I was hired as the Catering Manager at an International Golf in Alsace, in the north-eastern part of France, before joining Accor group in one of their subsidiaries, the Mercure Strasbourg Sud as the internal Sales and Catering Manager. Then I decided to leave this subsidiary for a franchise in the Sofitel Montpellier Antigone, as the Operational Manager. I was promoted to General Manager after that and had the opportunity to rebrand the Sofitel as a Pullman. I led works for nine months on the Pullman in 2011 and after that I was able to upgrade the hotel so that it became the benchmark hotel in the city.

What does the Manager of a four-star hotel do every day?

I manage a hotel with 88 rooms.  It’s a hotel with a cozy type of decoration that a professional interior decorator did for us.The hotel restaurant is located on the roof next to the pool, with its panoramic view.

I manage a team of about forty people and my daily jobs mainly consist in:

-       Giving customers impeccable service,
-       Managing all my employees through meetings with their department heads,
-       Drawing up the budget forecast and making sure it is followed,
-       Following the forecast to anticipate managerial decisions,
-       Actively participating and monitoring Hotel sales,
-       Making sure the Yield strategy is working properly,
-       Being the link between Accor Group and the Hotel owner,
-       Putting in place and following competitive intelligence data,
-       Ensuring public relations of the Hotel on a local and regional basis,
-       Making sure the laws are respected, and lots of other things too.

How did your years at Vatel help you to accomplish all of this on a daily basis?

-       Vatel courses brought me theoretical and technical knowledge that I needed to progress in my job.
-       Internships I did in other hotels allowed me to form a solid professional network.
-       And finally, generally speaking, the courses I took and management courses in particular, are still useful for me every day.

Did you always know that you wanted to work in hotel management?

I enrolled in Vatel after my high school diploma where I majored in math and minored in biology. At that time I was already sure that I wanted to work in hotel management and Vatel had, and still has, an excellent reputation as well as proposing internships in luxurious hotels. I think back on my practical application courses with fond memories, as well as remembering some of the instructors who had extremely firm characters, but who were able to convey the love that they had of this job.